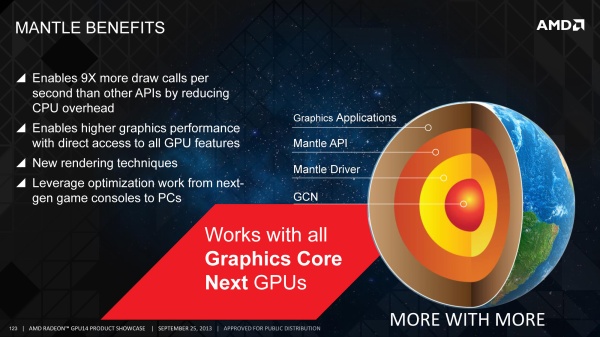 Last week DICE released an update to the Battlefield 4 game on the PC. This update supports the Mantle AMD Graphics Processor Unit API. A day later AMD released their AMD 14.1 beta v 1.6 driver which supports this API. There are known issues with this driver so be weary. All graphics processors based on... END_OF_DOCUMENT_TOKEN_TO_BE_REPLACED